The 5 best beaches in eastern Malaga 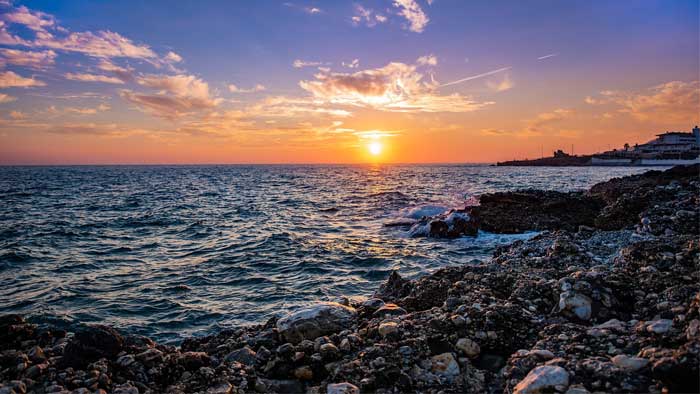 The eastern part of Malaga has a great variety of dreamy beaches that have distinctive features such as blue flags or the Q for Tourist Quality. If in another post we told you which were the best beaches in Malaga city, this time we want to show you the best eastern beaches of the province.

Although the beaches of the Costa del Sol (Torremolinos, Benalmádena, Fuengirola and Marbella) may be the most popular and best known by tourists visiting our city, there are beaches in the eastern part of Malaga of great quality and which also allow you to go sightseeing in the surrounding villages of enormous beauty.

The 5 best eastern beaches of Malaga have all kinds of services, fine sand, water sports and a good number of beach bars and restaurants with the best of the Malacitan cuisine.

The beach and cove of Maro

In the most eastern part of the Costa del Sol we will find the beautiful Maro Beach -which belongs to Nerja- and which is located in a semicircle of about 500 meters long. Despite its remoteness, this beach has all the necessary services for the bather, such as showers, accesses, parking and even a restaurant.

You can also rent equipment for kayaking, snorkeling or diving, since very close we have the Maro cove, a rocky space of crystalline waters where there are caves and rocks full of marine vegetation and colorful fish (fishing is prohibited because it is in the Maro Natural Park, Cerro Gordo). Without a doubt a magical place to enjoy with family or friends after visiting the nearby Caves of Nerja.

I’m sure most readers remember the endearing Verano Azul series that made the afternoons of the 90s on TVE so much more enjoyable. What you may not know is that Burriana beach in Nerja was the natural setting for the adventures of Chanquete and his young friends.

This tourist beach is full of shops, restaurants and services. It is 800 meters long and 40 meters wide, with dark sand and warm waters with gentle waves. We can walk along the Antonio Mercero promenade while eating an ice cream, have a drink or do some of the water sports offered on the coast, such as kayaking or beach volleyball.

The fantastic beach of Torre del Mar (belonging to the municipality of Velez-Malaga) about 30 minutes by car from the capital of the Costa del Sol, is undoubtedly one of the best eastern beaches of Malaga. It has all kinds of services, restaurants, showers, beach bars and offers of water and marine sports.

In a unique enclave with a subtropical climate (La Axarquía), where avocados, mangos or papayas are grown, this beach attracts the attention of tourists and locals alike. In addition, in the last year it won the blue flag, which adds to the distinctive Q of Tourist Quality. This long beach of 3,333 meters long has seven sections, one of them (El Mortero) oriented as a canine beach.

A few meters from the extensive beach of Torre del Mar, we have another beach a little more hidden that we believe deserves to be on the list of the top 5 eastern beaches of Malaga to give option to the lovers of naturism. We are talking about Almayate Beach.

Situated next to the river Velez in the heart of Axarquia, in a beautiful location surrounded by reed beds, this nudist beach has a pleasant “chiringuito” for visitors who want to sunbathe on its shores. It even has a nearby car park for caravans and a naturist campsite with bungalows with a large capacity. Although sometimes you can see people in swimsuits, there is a great respect among all visitors. Recommended if you want to find a quiet place without complexes.

Closer to the capital (only 10 minutes by car) we find El Rincón de la Victoria and its famous beach. On this extensive coastline of up to 8 kilometers we can taste some of the best “espetos” of the Costa del Sol and find all kinds of services such as showers, restaurants, hotels, playgrounds, among others.

The Rincón de la Victoria beach actually encompasses other beaches such as Cala del Moral beach, Torre de Benagalbón beach, and Los Rubios beach, all of which have small towns and urbanizations that have been growing at the pace of tourism in Malaga. Although these beaches have always been less crowded than those in the city of Malaga, in recent years the number of bathers has increased exponentially, which has created an important development pole in the area.

So now you know. If you want to get to know some of the 5 best eastern beaches in Malaga and, at the same time, get away from the overcrowding that invades the urban coasts, you can take the car (or the M-260 bus from the station in the centre or El Palo) to launch yourself into the adventure of trying the lesser known side of Malaga. You won’t be disappointed.