The best beaches in Malaga city 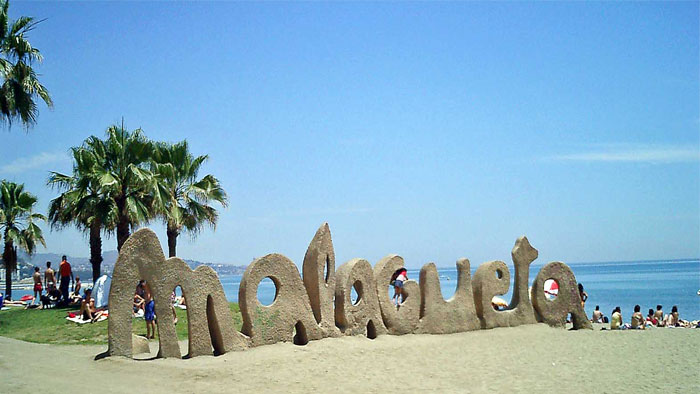 Malaga is undoubtedly one of the best sun and beach destinations in Spain. When a large part of the citizens of Extremadura, Madrid, Castilla León, or Cataluña are asked where they will spend their summer holidays, it is very likely that they will answer without thinking twice that they will travel to the Costa del Sol. This is undoubtedly due to the good reputation and quality of its beaches.

Among them all, we tell you which are the 6 best beaches in Malaga to visit during the hot months (and even all year round, remember that Malaga has 300 days of sunshine a year!)

Although it is true that last 2019 Malaga had a small loss in the blue flags that waved on its coasts, from the Public Administration is making an important work in the recovery of the excellence of the beaches of Malaga.

The objective is to convert the beaches of Malaga into a reference point of the Mediterranean coast by combining gastronomy, leisure and all kinds of activities that can attract both local visitors and tourists from all over the world.

If Malaga did not already have enough claim to be the fashionable city of Spain (celebration of the Goya 2020, Malaga Film Festival, Easter, European Capital of Museums, among others), we are going to tell you which are the 6 best beaches of Malaga, some of them ideal to escape a little from the mass tourism of the most central!

It is perhaps the best known beach in Malaga because it is in the heart of the city. The Malagueta beach is also very close to a large number of hotels and tourist accommodations, with the added bonus of being just a few meters from the historic center of the city.

This means that the Malagueta beach has restaurants and chiringuitos along its 1.2 km length to provide tourists and locals with the best of Malagueña food without having to move from the bathing area. Although during the 19th century it was an industrial area with shipyards or warehouses that made the area unhealthy, today it is one of the main attractions of the capital with buildings such as the Hospital Noble (with a children’s park) or the Plaza de Toros.

Another of the best beaches in Malaga is undoubtedly the beach of Pedregalejo. Besides being in one of the most exclusive neighborhoods of Malaga (for the price of the properties), its promenade is full of restaurants, hotels, bars and “chiringuitos” where we can eat some of the best espetos of Malaga for a price of 2.00 euros.

It is also the oldest beach in the city, located in an old fishermen’s quarter where small white houses abounded. As an anecdote we can tell you that in Pedregalejo’s beaches happens a phenomenon known as The Wave of Melillero, which is the rise of the sea level caused by the brake of the ferry coming from Melilla when it arrives to the Port of Málaga. 1.2 km long of an unparalleled beach.

Another of the city’s oldest beaches is El Palo beach. Almost 1 km of fine sand coastline with several beaches separated by stone breakwaters. This particular space of coast is characterized by its marine atmosphere, since until the boom of the tourism it was a neighborhood of fishermen.

Along its promenade we will find a large number of chiringuitos and restaurants where we can eat local products such as “espetos”, thin shells or the peculiar “caldillo de pintarroja”. The beaches of El Palo end at El Dedo beach, where you can find the classic fish restaurant El Tintero. From here, we can see the El Candado Marina with its always waving rows of boats.

If we pass the Malagueta and continue along the Pablo Ruiz Picasso promenade we will find the beautiful Caleta Beach, very popular with tourists who walk along its shore and where we can find many tourists sunbathing almost all year round.

As it is still very close to the city centre, this beach is almost one kilometre long and has a multitude of services, restaurants and children’s play areas. We can also practice outdoor sports such as beach volleyball, cycling or standing in an exercise area to exercise our muscles.

Continuing with our tour of the best beaches in Malaga city we could not fail to mention the famous La Misericordia beach. Slightly further from the city centre southwards along the Guadalhorce River, this beach has a multitude of services and restaurants to the delight of locals and visitors alike.

Among the places that we can find in the Antonio Banderas promenade, we can find La Campana Playa, the Gutiérrez Playa, or the Vicen-Playa Restaurant. Just like the beaches of Pedregalejo, La Misericordia has the phenomenon of the Melillero wave, which makes families have a good time when the ferry arrives. The surroundings of this beach are a nice place to walk, with family or friends.

Near San Andrés Beach and before La Misericordia Beach we will find the small beach of Huelin with 700 meters long. Very close to the Port on one side and to Soho de Málaga on the other, it is a beach with all kinds of services, with easy access to any nearby restaurant or beach bar.

If we want to spend a pleasant afternoon with the family, we can visit the nearby Automobile and Fashion Museum, one of the almost 40 museums in Malaga that houses more than 90 vehicles with a varied display of the world’s best motor homes (some of them very very peculiar).